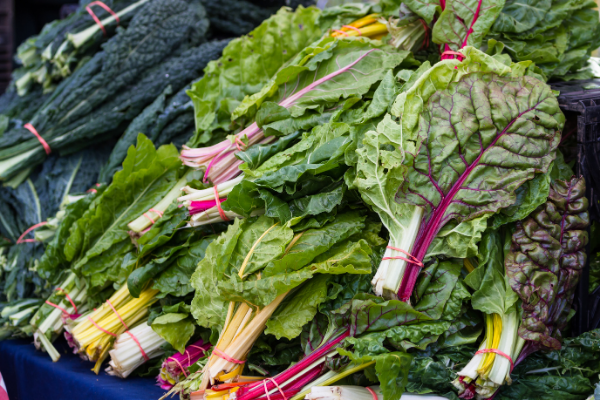 Vitamin K is needed for proper blood clotting and bone health. Vegans who eat leafy green vegetables with some added oil on a daily basis should receive more than adequate vitamin K. Even those who don’t might obtain enough vitamin K from intestinal bacteria, unless they’ve had a significant course of antibiotics. While we don’t think there’s enough evidence to suggest vegans generally need to supplement with vitamin K2, vegan supplements are available. Making sure you get plenty of vitamin K through leafy green vegetables is the best plan.

Requirements and Sources of Vitamin K

The Dietary Reference Intake for vitamin K is 120 µg for men and 90 µg for women. The table below shows the plant foods that are high in vitamin K.

Vitamin K is a fat-soluble vitamin, and fat can significantly increase its absorption from food (Gijsbers, 1996). Since green leafy vegetables contain very little fat naturally, adding some fat or oil during preparation or eating them in a meal with fat will increase vitamin K absorption.

Vitamin K is needed for blood clotting. It also has activity in bones, and a deficiency can result in bone fractures, especially in old age.

Vitamin K refers to the chemical menadione, and any derivatives of it that exhibit anti-hemorrhagic activity in animals fed a vitamin K-deficient diet. There are two types of vitamin K:

According to the U.S. National Health and Nutrition Examination Survey data, the average total daily vitamin K intake from food is 138 µg for men and 122 µg for women (NIH, 2020). It therefore appears that getting enough vitamin K isn’t an issue for many adults in the U.S. The scientific consensus has been that either type of vitamin K is adequate, especially regarding blood clotting activity (NIH, 2020).

In the United States, enteral nutrition products, which are used for people who cannot eat normally and often provide the only nutrition they receive for months or years, contain phylloquinone (K1) and these patients have apparently normal blood clotting (Suttie, 2009).

Menaquinone (K2) is produced by a number of different bacteria species that typically live in the digestive tract of humans, and can be absorbed in the distal part of the small intestine (Conly, 1994; Suttie, 2009). Unless someone has had significant antibiotic therapy, they should have plenty of such bacteria providing them with menaquinone.

A six-month randomized controlled trial of 14 women ages 25 to 50 years found no improvement in bone mineral density after six months of 600 μg/day of vitamin K1 (Volpe, 2008).

A two-year randomized controlled trial of 244 non-osteoporotic older women found supplementing with 200 μg/day of vitamin K1 plus 400 IU/day of vitamin D3 and 1,000 mg/day of calcium positively impacted bone mineral density and bone mineral content at the ultradistal radius (P < 0.01 for both) but not at other sites in the radius or hip (Bolton-Smith, 2007).

Based on this evidence, it appears that getting plenty of vitamin K from food is good for bones, but research is mixed on the impact of vitamin K1 supplements on bone health.

Because vitamin K2 is not found in plant foods, some lay people have suggested you need to eat animal products in order to have adequate vitamin K status, especially for bones. We’re interested in knowing if vegans are at a higher risk of fracture due to not eating the amount of K2 typically eaten by meat-eaters, which is about 31 µg/day according to a study of post-menopausal women in the Netherlands (Beulens, 2009). Unfortunately, the intervention studies on vitamin K2 and bone health use pharmacological doses, which are much higher doses than what one would eat through food (Cockayne, 2006; Emaus, 2010; Huang, 2015; Je, 2011; Knapen, 2007; Tanaka, 2017).

The closest study to using a dietary dose of vitamin K2 is a 2013 trial which found that after 3 years of “low-dose” menaquinone-7 supplementation (180 μg MK-7/day), older women experienced significantly decreased age-related bone loss compared to those taking a placebo (P=0.011 for bone mineral content (BMC), P=0.012 for bone mineral density (BMD); after adjusting for age and body mass index: P=0.023 for BMC and P=0.014 for BMD) (Knapen, 2013). No fracture data were reported. Since this amount is about 5 times what the average meat-eater would eat, we can’t extrapolate that vegans are at a disadvantage.

There’s a plausible reason why vitamin K2 could prevent heart disease while vitamin K1 does not: vitamin K is needed for the production of a protein that has a strong affinity for calcium (Gast, 2009). And while vitamin K1 is primarily cleared from the bloodstream by the liver for use in blood coagulation, vitamin K2 remains in the blood where it can possibly prevent calcium from being deposited in artery walls (Gast, 2009). However, the research is mixed.

Another cross-sectional study from The Netherlands, EPIC-Prospect, found that the highest vitamin K2 intake, 42 µg/day, was associated with a reduced risk of coronary artery calcification (RR 0.80, CI 0.65–0.98) in comparison to the lowest category of 18 µg/day (10). MK-4 was the only vitamin K2 subtype that, when assessed alone, showed a trend toward less artery calcification, albeit weak (prevalence ratio 0.85, CI 0.69 – 1.04).

Another prospective study from The Netherlands combined data from EPIC-Prospect and EPIC-Morgen and looked at the association between vitamin K2 intake and stroke. No association was found, though the authors pointed out that artery calcification may not be a cause of stroke as it is for heart disease (Vissers, 2013).

From the research above, it appears that higher vitamin K2 intake could reduce the risk of heart disease. However, the only significant beneficial associations have come from one country, The Netherlands, and the findings have not been strong. Clinical trials are needed and one is underway (Kroon, 2018); as of November 2020, it hasn’t been published.

Studies using pharmacological doses are beyond the scope of our purpose, (including Ikari, 2016 and Nagasawa, 1998).

Even if vitamin K2 reduces the risk of heart disease, it doesn’t mean that animal products high in vitamin K2 reduce the risk. The authors of the 2009 EPIC-PROSPECT report caution against getting vitamin K2 through typical animal foods (Gast, 2009):

Thus, although our findings may have important practical implications on [cardiovascular disease] prevention, it is important to mention that in order to increase the intake of vitamin K2, increasing the portion of vitamin K2 rich foods in daily life might not be a good idea. Vitamin K2 might be, for instance more relevant in the form of a supplement or in low-fat dairy. More research into this is necessary.