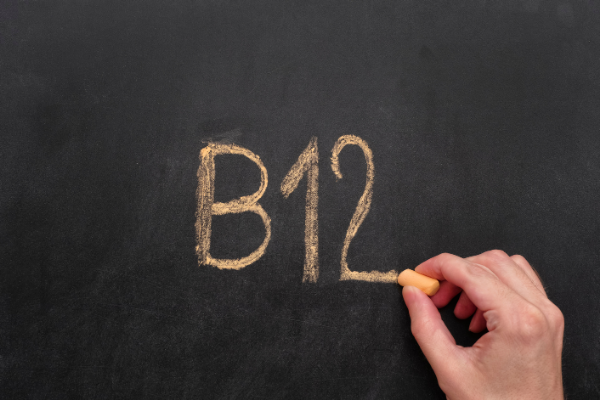 We recently published a thorough review on Elevated B12 as a Marker for Disease. While our review was focused on studies looking at mortality, a reader pointed out a 2019 meta-analysis that found an association between elevated B12 levels and the incidence of lung cancer. We explain below why this study doesn’t provide enough evidence for us to change our B12 guidelines.

The meta-analysis compiled data from 5,183 case-control pairs nested within 20 prospective cohorts with a median age of 60 years (Fanidi, 2019). In comparison to those with a B12 level <338 pmol/l, they found an association with B12 levels and lung cancer for those with a level of 428 to 531 pmol/l (OR 1.16, CI 1.03-1.30) and >531 pmol/l (OR 1.19, CI 1.05-1.34). Though not significant for all findings, the trend held when groups were stratified into never, former, and current smokers. The results weren’t adjusted for kidney or liver function. Adjusting for alcohol intake, which often explains a portion of reduced liver function, didn’t change the results.

In order to test for reverse causality, the researchers performed a Mendelian randomization analysis of another population in which they found that people with one of eight genes previously associated with elevated B12 levels had an increased risk for lung cancer (odds ratio for doubling of B12 levels: 1.15, CI 1.06-1.25). B12 levels weren’t measured in this arm of the study.

The researchers conclude that “[T]hese findings support the hypothesis that higher circulating vitamin B12 concentrations increase the risk of lung cancer.” While this conclusion seems reasonable, not adjusting the case-control findings for kidney and liver function is a significant drawback (as explained in our article Elevated B12 as a Marker for Disease).

If elevated B12 levels do cause lung cancer, it doesn’t mean that vegans shouldn’t ensure a reliable source of B12—humans still need vitamin B12. But it would caution us to stick with the minimum recommendations so as not to unnecessarily elevate B12 levels beyond what’s necessary to prevent deficiency. We don’t believe there’s enough evidence to warrant much concern at this time, but it’s prudent not to go beyond our recommendations.

2 thoughts on “Elevated B12 and Lung Cancer”